The 10 Oldest Universities in the World 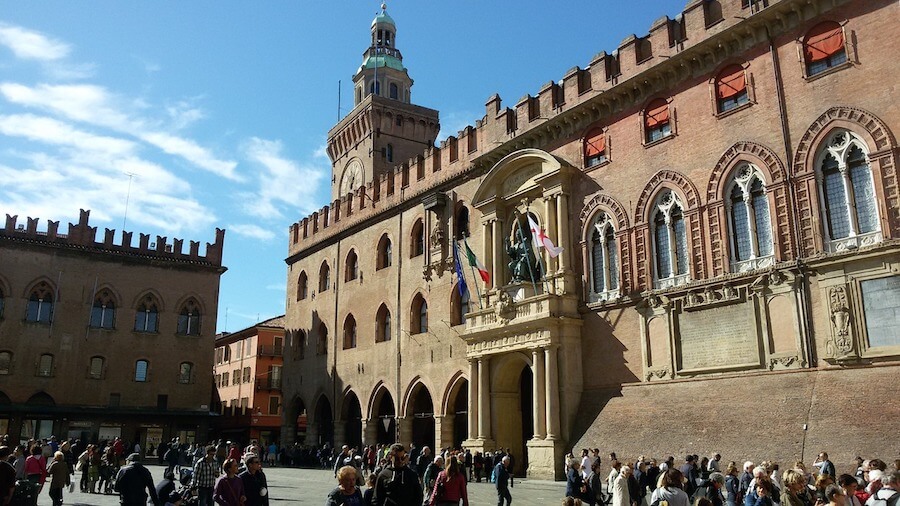 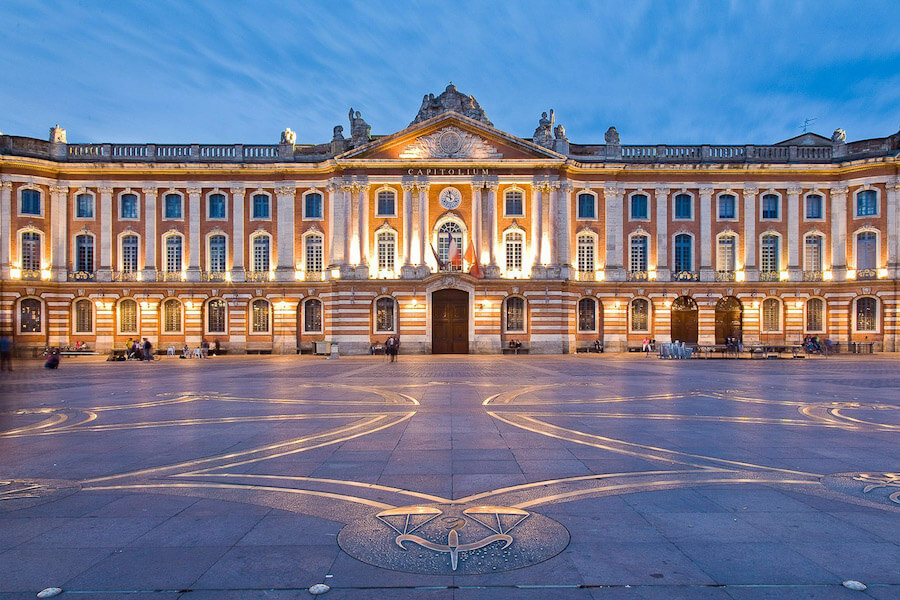 Notable Alumni: Thomas Pesquet, European Space Agency astronaut and is the youngest member of the European Astronaut Corps, as well as the last of the ESA astronaut class of 2009 to arrive in space

Nobel laureates: Jean Tirole, awarded the Nobel Memorial Prize in Economic Sciences in 2014 for his analysis of market power and regulation

Fun fact: Since Toulouse is best known for its food, international students are in for a treat when they study in the region. As home of classic French country dishes, students can indulge in cassoulet, a nourishing meat and bean stew, and confit de canard, duck that has been preserved and cookies in its own fat. 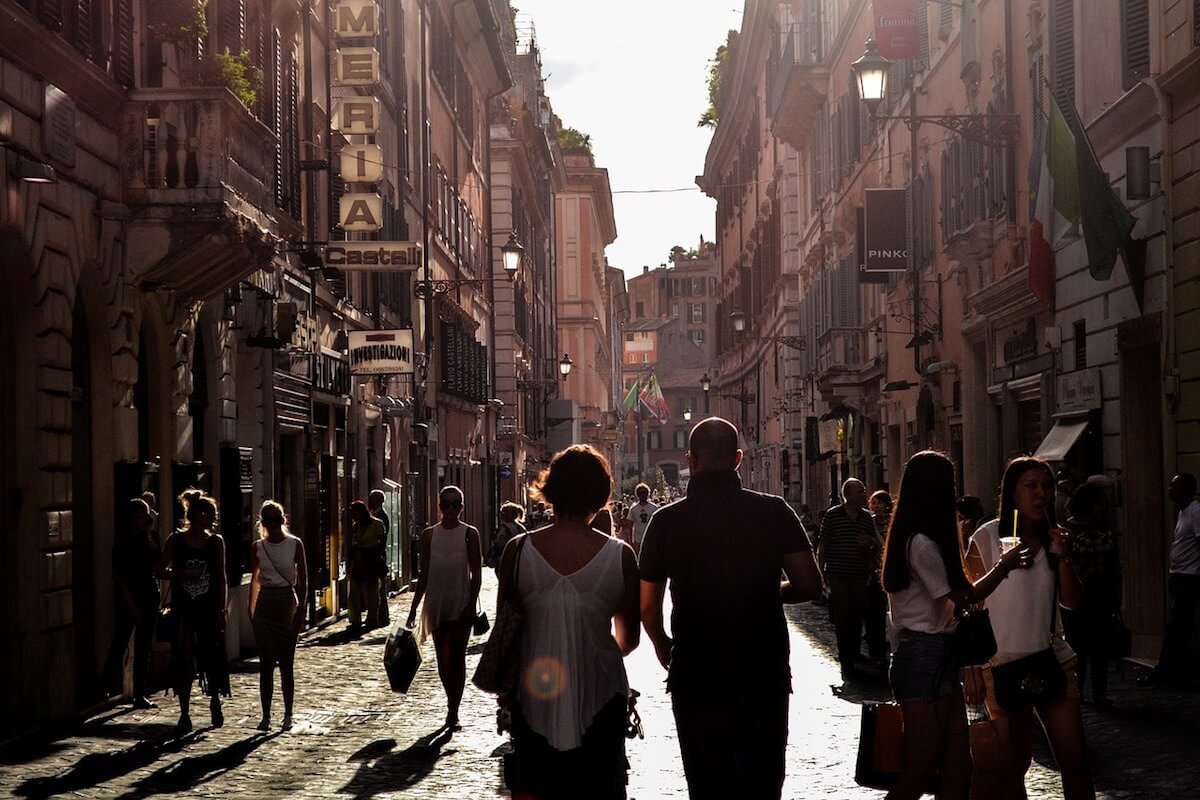 About: The University of Naples Federico II is a state-supported, public, non-religious university in Naples, a city sitting on the Bay of Naples and by Mount Vesuvius, the still-active volcano responsible for Pompeii. The institution is organised today into 13 faculties under three semi-independent divisions: the Division of Science and Technology, the Division of Life Sciences and the Division of Social and Human Sciences. These are responsible for the research and teaching of 13 schools and 82 different departments.

In 1224, the head of state Frederick II, Holy Roman Emperor and King of Sicily, decided to create an educational institution that was not significantly influenced by the Pope. The institution was renamed Frederico II in 1987 in acknowledgement of its founder. It was created to facilitate the cultural development of promising young students and scholars, avoiding any unnecessary and expensive trips abroad, and has since has been in stable operation in Naples.

Motto: Ad Scientiarum Haustum et Seminarium Doctrinarum(Latin); For the inculcation of the sciences and the dissemination of knowledge

Notable Alumni: 3 Italian presidents; Samantha Cristoforetti, the first Italian woman in space who is also known as the first person who brewed an espresso coffee in space

Fun fact: Pizza Margherita was named after Queen Margherita Teresa Giovanni visited Naples in 1889. You can see the colours of the Italian flag in the pizza: basil for green, cheese for white, tomato sauce for red. The world’s first pizzeria, called Antica Pizzeria Port’Alba, opened its doors in Naples in 1830 – students can gladly enjoy a slice from the centuries-old establishment. 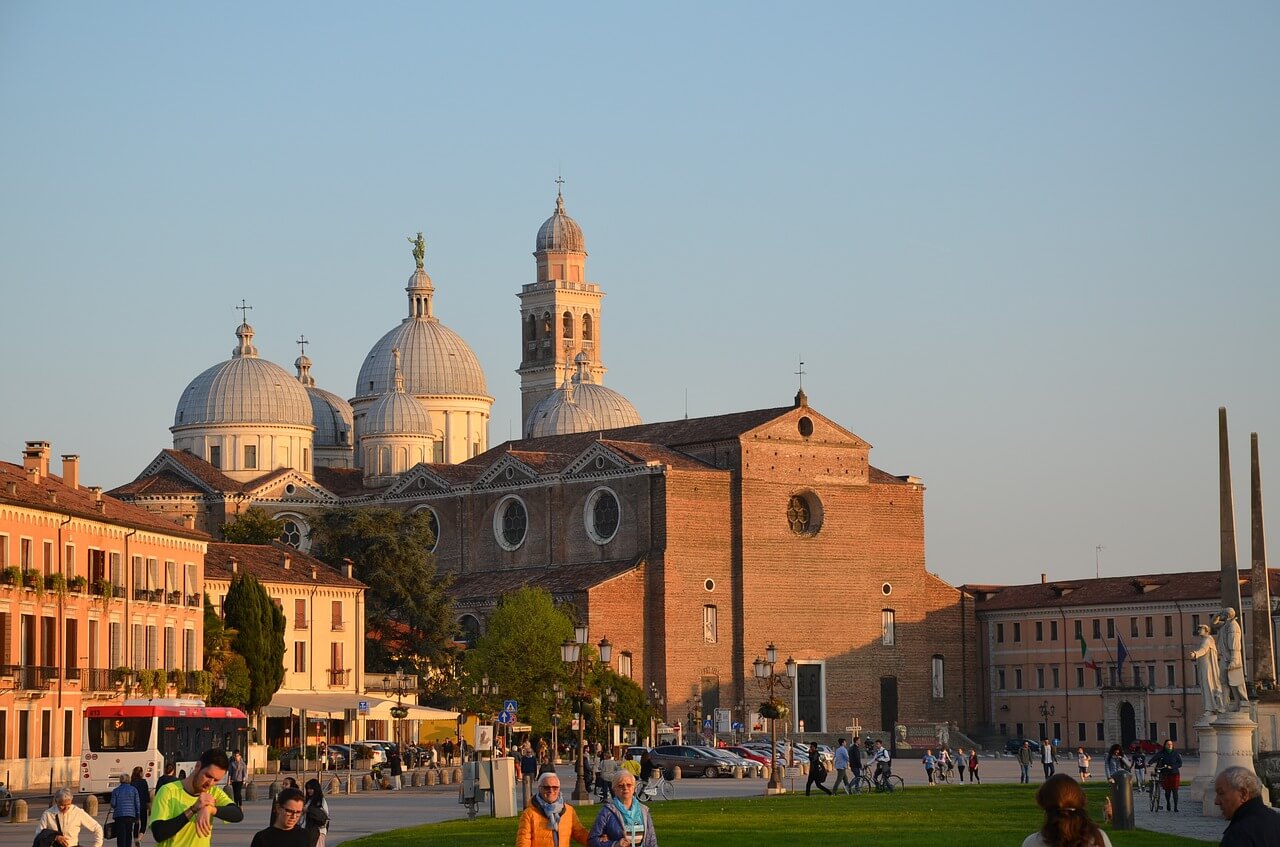 About: The University of Padua is a public university in a city known for frescoes, beautiful arcaded streets, and stylish cafes that are frequented by students. The institute now plays a role in scholarly and scientific research both at the European and world level. It also manages nine museums, including a History of physics museum.

The institution was founded in 1222 as a school of law and medicine, and was one of the most prominent universities in early modern Europe. The first two subjects taught were law and theology, but the curriculum expanded rapidly and by 1399 had divided into two universities for civil and Canon law and for the teaching of  astronomy, dialectic, philosophy, grammar, medicine, and rhetoric. The university became one of the universities of the Kingdom of Italy in 1873, and ever since has been one of the most prestigious in the country for its contributions to scientific and scholarly research.

Motto: Universa Universis Patavina Libertas(Latin); Liberty of Padua, universally and for all

Notable Alumni: Nicolaus Copernicus, astronomer who placed the Sun at the centre of the Solar System

Fun fact: Since 1595, Padua's famous anatomical theatre drew artists and scientists studying the human body during public dissections. It is the oldest surviving permanent anatomical theatre in Europe and can be visited by the curious student and traveller by guided tours.

About:You’ll see the university’s police force in their traditional cloak and hat uniform and students wearing sub fusc, gowns with a dark suit and white shirt or blouse, but the University of Cambridge is most notably a public research university whose history and influence has made it one of the most prestigious universities in the world. It houses the world's oldest publishing house and the second-largest university press in the world, Cambridge University Press. The University operates multiples cultural and scientific museums and provides its students with access to around 15 million books.

In 1209 groups of scholar congregated in Cambridge for the purpose of study, and the Bishop of Ely founded the first college at Cambridge, called Peterhouse. Since its establishment, the university has formed 31 constituent colleges with over 100 academic departments organisedinto 6 schools. The University of Cambridge has over 100 libraries. It wasn’t until 1948 that women were considered full members of the University.

Motto:Hinclucemet poculasacra(Latin); From this place, we gain enlightenment and precious knowledge

Notable Alumni: Charles Darwin; Stephen Hawking, theoretical physicist and cosmologist who was the first to set out a theory of cosmology explained by a union of the general theory of relativity and quantum mechanics and author of A Brief History of Time; HRH Charles, Prince of Wales

Nobel laureates: 116 Nobel laureates are affiliated with Cambridge including Robert G. Edwards for the development of in vitro fertilization; James Watson, and Maurice Wilkins for determining the structure of DNA

Fun fact: A frowned-upon but popular activity of Cambridge’s students involves climbing onto the college buildings at night. 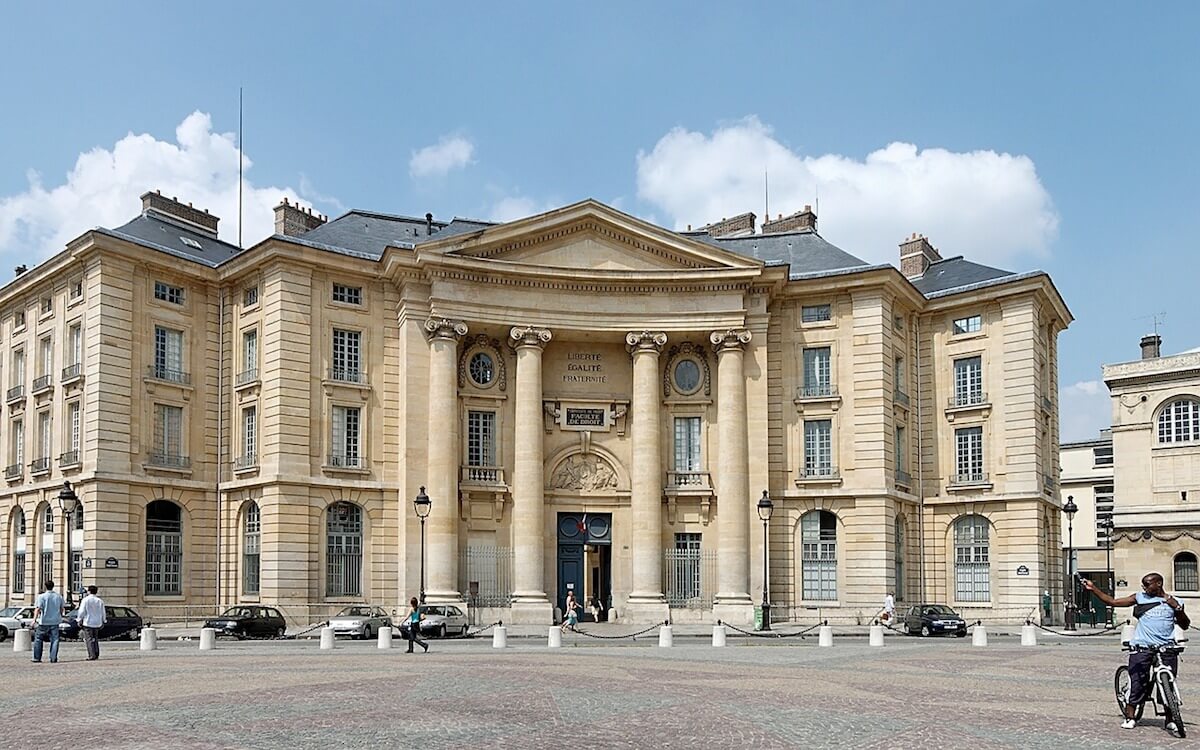 About: The University of Paris was a university that was internationally highly reputed for its academic performance in the humanities ever since the Middle Ages – notably in theology and philosophy. It has been divided into 13 autonomous universities in 1970, all which further reorganised themselves into different groups of universities and institutions. There are, as such, different university groups in the Parisian referred to as Sorbonne.

Notable Alumni: 2 Popes; Voltaire, writer and philosopher known for his advocacy of freedom of religion, freedom of speech and separation of church and state; Honoré de Balzac, novelist and playwright regarded as one of the founders of realism in European literature

Nobel laureates: 49 Nobel laureates including Marie and Pierre Curie for their development of the theory of radioactivity, a term that Marie herself termed, techniques for isolating radioactive isotopes, and for the discovery of two elements, polonium and radium

Fun fact: Much of the Curie’s research was done in labs close to École normale supérieure(ENS) in the Latin Quarter of Paris; the curious student may find the opportunity to visit the historical location without fearing for exposure to radioactive elements. 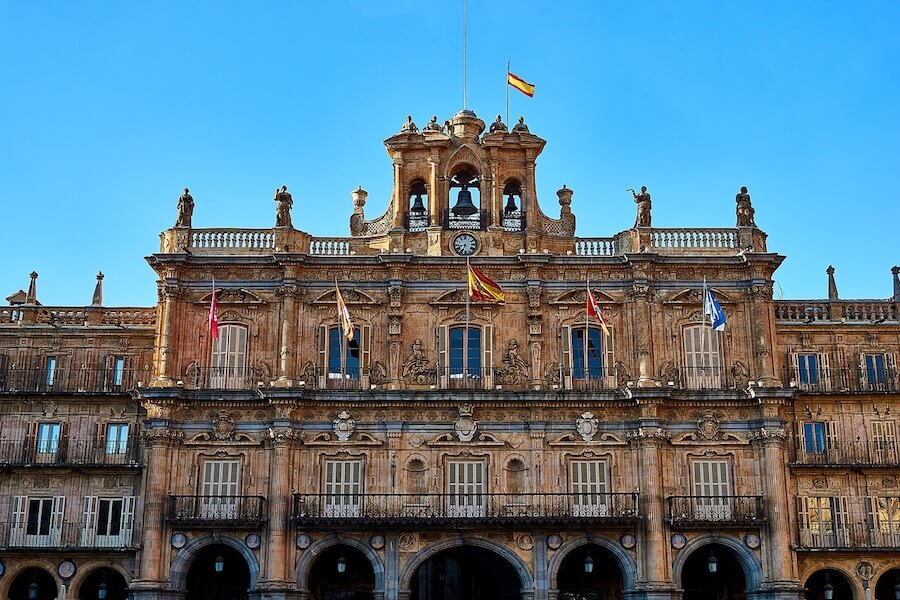 About: The University of Salamanca is a public university that is an important centre for the study of humanities. It is particularly well known for its language studies and courses in law and economics. Scientific research is carried out in the university and research centers associated with it: Cancer Research Centre, Institute of Neuroscience of Castile and Leon, and the Ultrashort Ultraintense Pulse Lasers Centre.

The institute began as a Cathedral School in 1130, though the university itself was founded in 1134 and granted its Royal charter of foundation by King Alfonso IX in 1218. A number of colleges were founded as charitable institutions to enable poor scholars to attend the University, but by the 18th century these had become closed corporations controlled by families of their founders. The colleges were then destroyed by Napoleon's troops or turned into faculty buildings still in use today.

Motto: Omnium scientiarum princeps Salmantica docet (Latin); The principles of all sciences are taught in Salamanca

Fun fact: The town as its own local astronaut – the 16thcentury cathedral façade features an engraved cosmonaut among gargoyle friends. No one knows where the astronaut came from, though it’s rumoured to be mischievous work by the stonemasons who left their mark during recent rennovations. 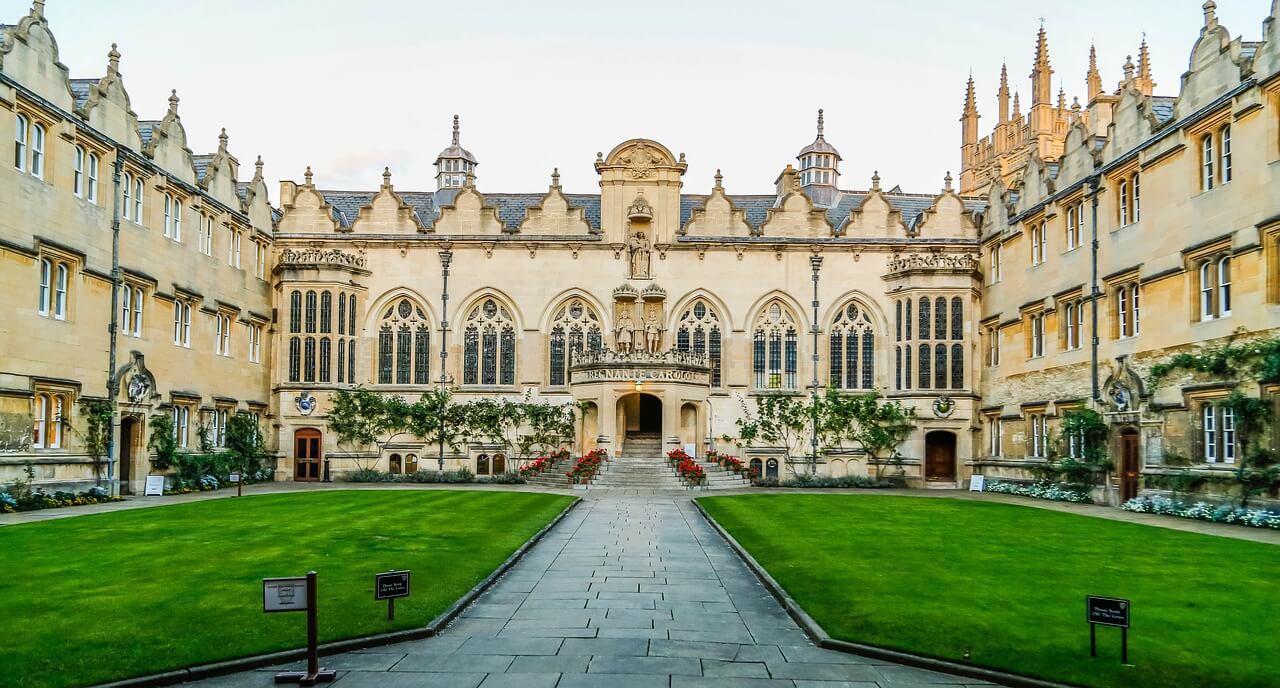 Though there is no known foundation date, teaching in Oxford can be traced back to 1096. The student body grew when English students returned to Oxford from the University of Paris, and the teaching body was recognisedas a universitasor corporation in 1231. Oxford was granted a royal charter in 1248 during the reign of King Henry III. The two ancient universities of England, Oxford and Cambridge, are referred to Oxbridge and enjoy worldwide recognition. The year 1920 saw the admission of female students to Oxford.

Fun fact: The word “snob” actually originated at Oxford. It started off as an abbreviated form of the Latin phrase “sine nobilitate”, which means “without nobility.”

About: The University of Bologna (UNIBO) is a public university and is the oldest university in continuous operation in the Western world. It is made up of 11 schools and was the first place of study to use the term universitasfor the corporations of students and masters, which came to define the institution, located in Bologna.

The origins of the university can be traced to societies of foreign students called "nations," who hired scholars from the city to team them. They formed larger association that became a universitas. UNIBO is historically notable for its teaching of canon and civil law, and was central in the development of medieval Roman law. Until modern times, the only degree granted at the university was the doctorate, but Bachelors and Masters degrees are now offered in any of the 11 schools that make up the university.

Motto: Petrus ubique pater legum Bononia mater(Latin); St. Peter is everywhere the father of the law, Bologna is its mother

Fun fact: Students abide by two superstitions that would result in failure to graduate: climbing to the top of the Torre Degli Asinelli, which is one of the two landmark towers of the region, and walking across the middle of the Piazza Maggiore. 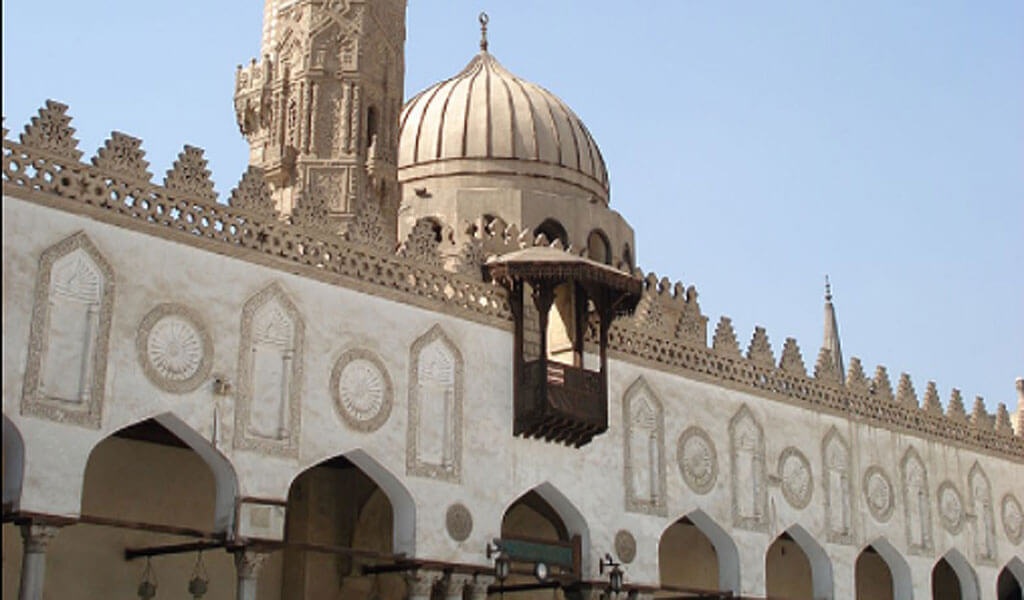 About: Al-Azhar University is Egypt's oldest degree-granting university and is renowned as "Sunni Islam’s most prestigious university." The institution oversees a national network of schools with approximately 2 million students. Its main mission is to propagate Islam and Islamic culture, and trained Egyptian government-appointed preachers in proselytization. Its library is considered second in importance in Egypt only to the Egyptian National Library and Archives.

The university was founded as a centre of Islamic learning, and students studied the Qur'an and Islamic law along with logic, grammar, and rhetoric. The format of education at Al-Azhar remained relatively informal for much of its early history: initially there were no entrance requirements, no formal curriculum, and no degrees. Additional faculties, like those of medicine and engineering, were established during reforms in the early 1960s. 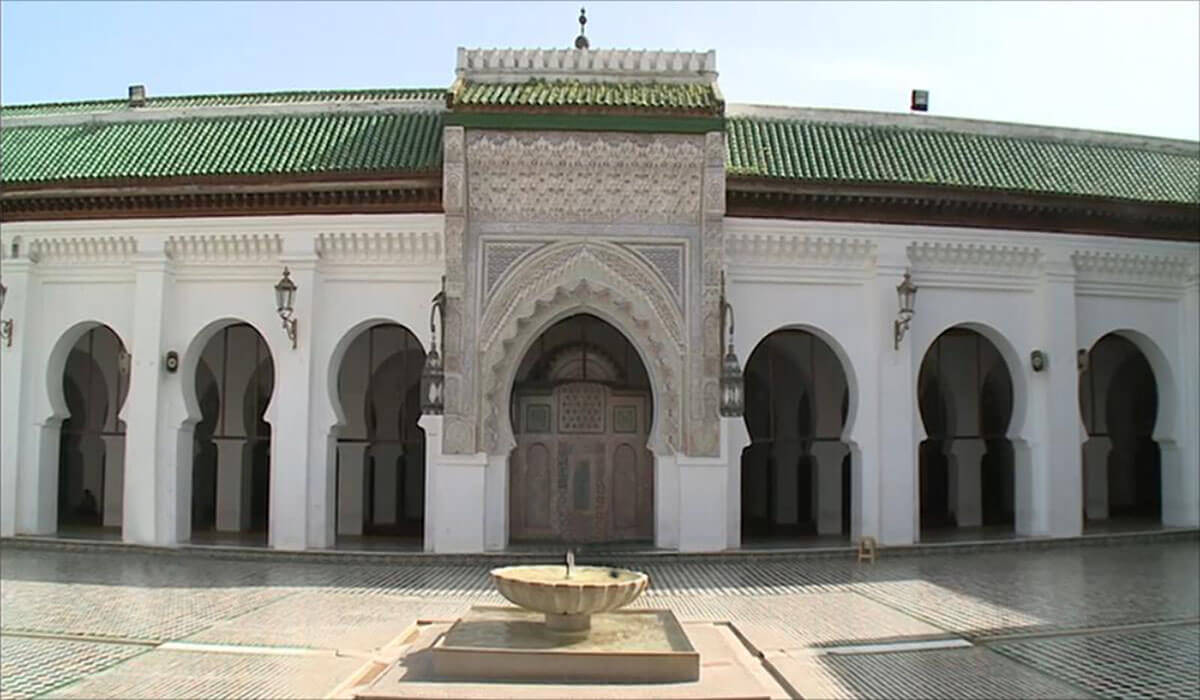 About: The University of Al Quaraouiyine is the oldest existing, continually operating and the first degree-awarding educational institution in the world according to UNESCO and Guinness World Records. The institution was incorporated into Morocco's modern state university system in 1963. Education at Al Quaraouiyine University concentrates on the Islamic religious and legal sciences with a heavy emphasis on, and particular strengths in Classical Arabic grammar/linguistics and Maliki law. Teaching is delivered with students seated in a semi-circle around a sheikh, who prompts them to read sections of a text, asks them questions, and explains difficult points. The university is open to both men and women.

The University was founded with an associated madrasa, a specific type of religious school or college for the study of the Islamic religion, by Fatima al-Fihri, the daughter of a wealthy merchant. Fatima vowed to spend her inheritance on the construction of a mosque suitable for her community.

Fun fact: Al Quaraouiyine isn’t only the oldest university in the world; it was founded by a woman.

The 10 Oldest Universities in the UK 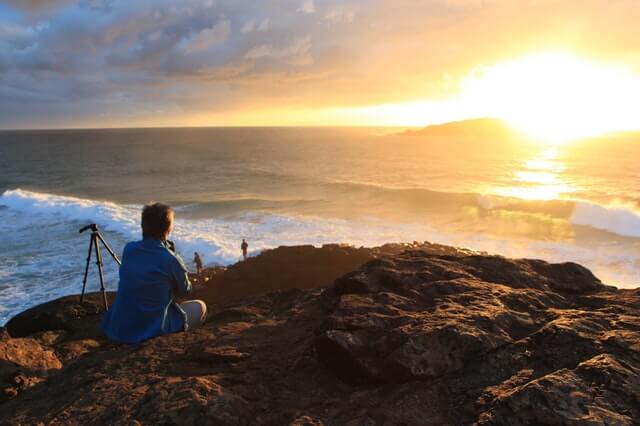 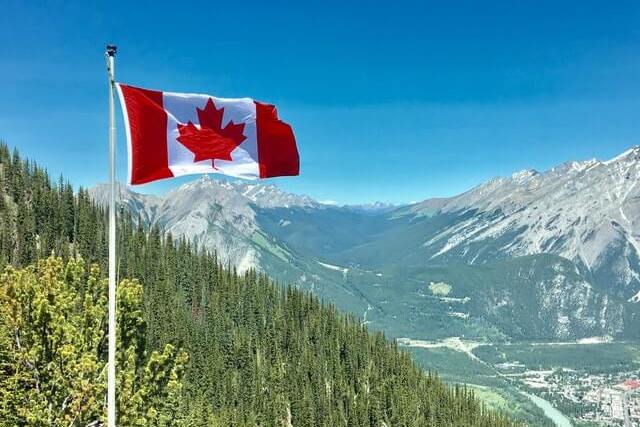 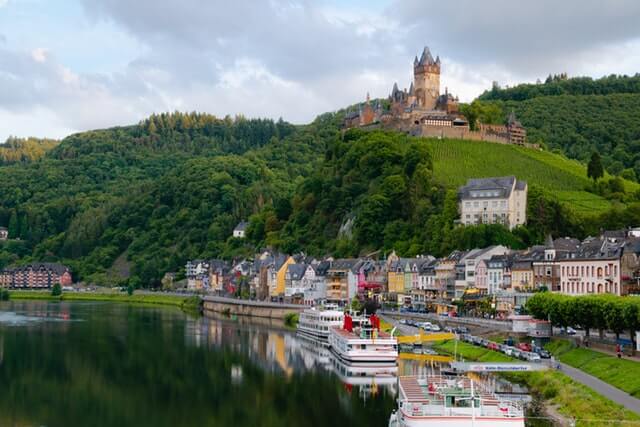 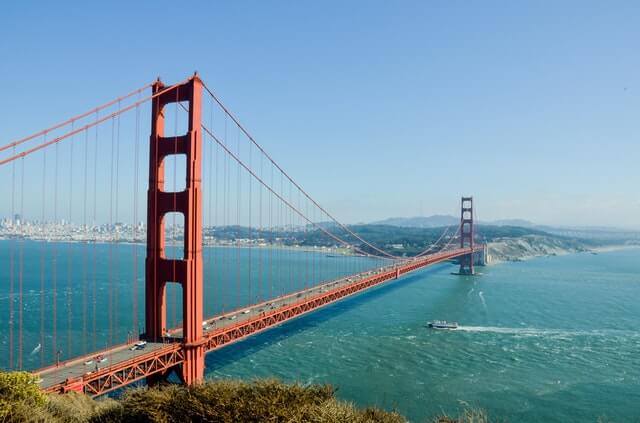 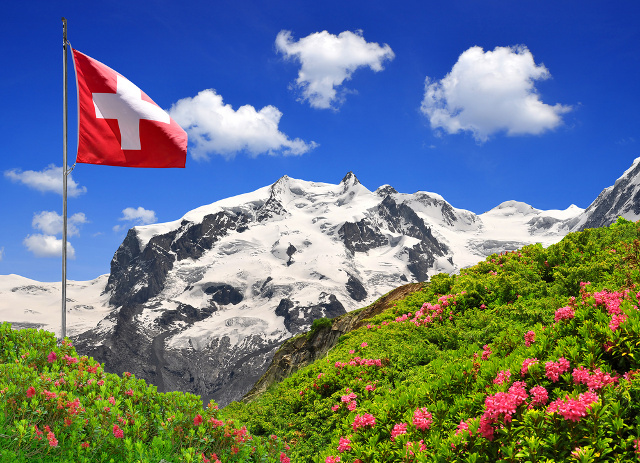 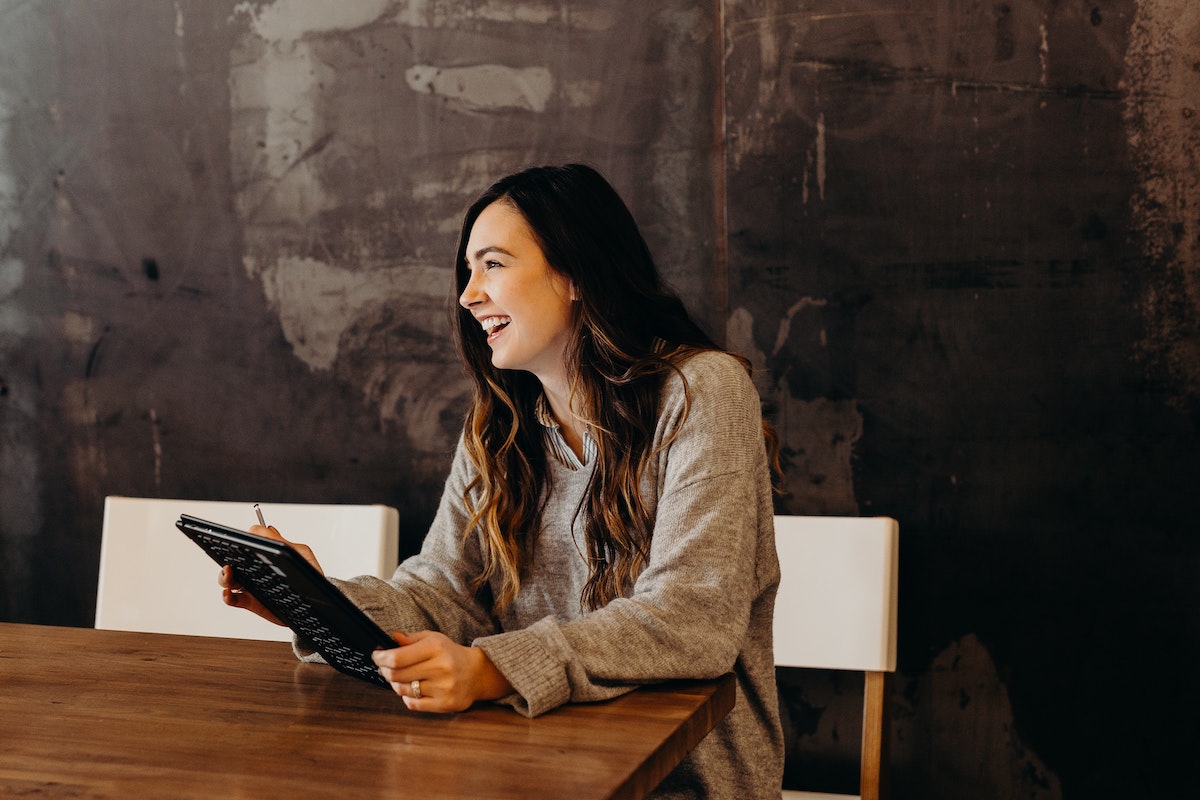 Specifics of writing a research essay 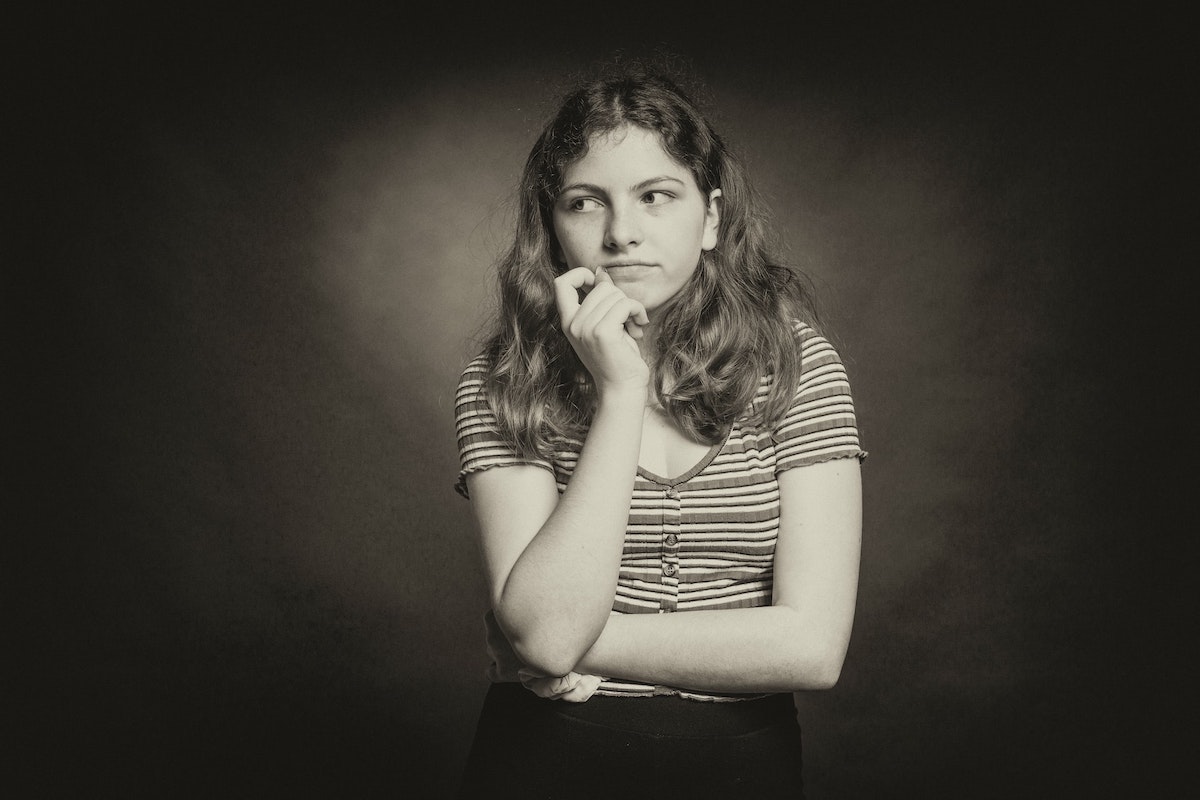 Things to Keep in Mind When Undertaking a Master's Degree Program 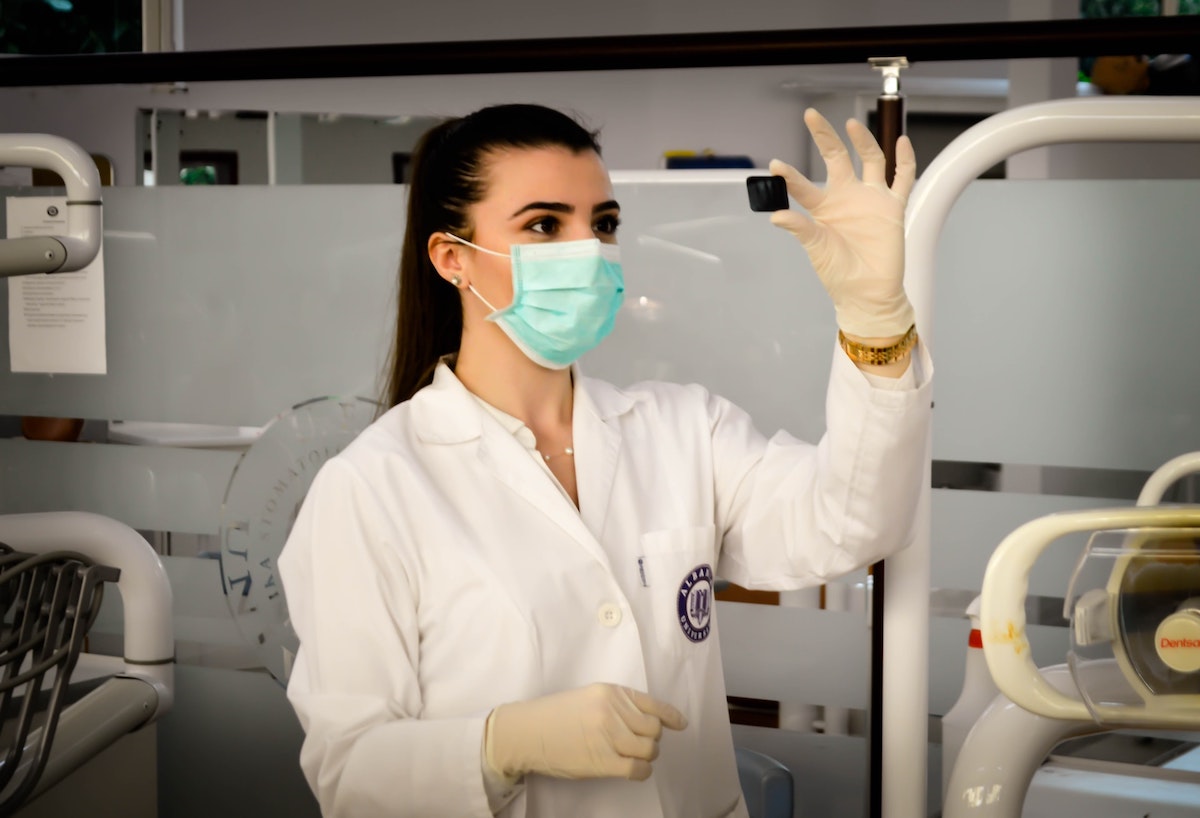 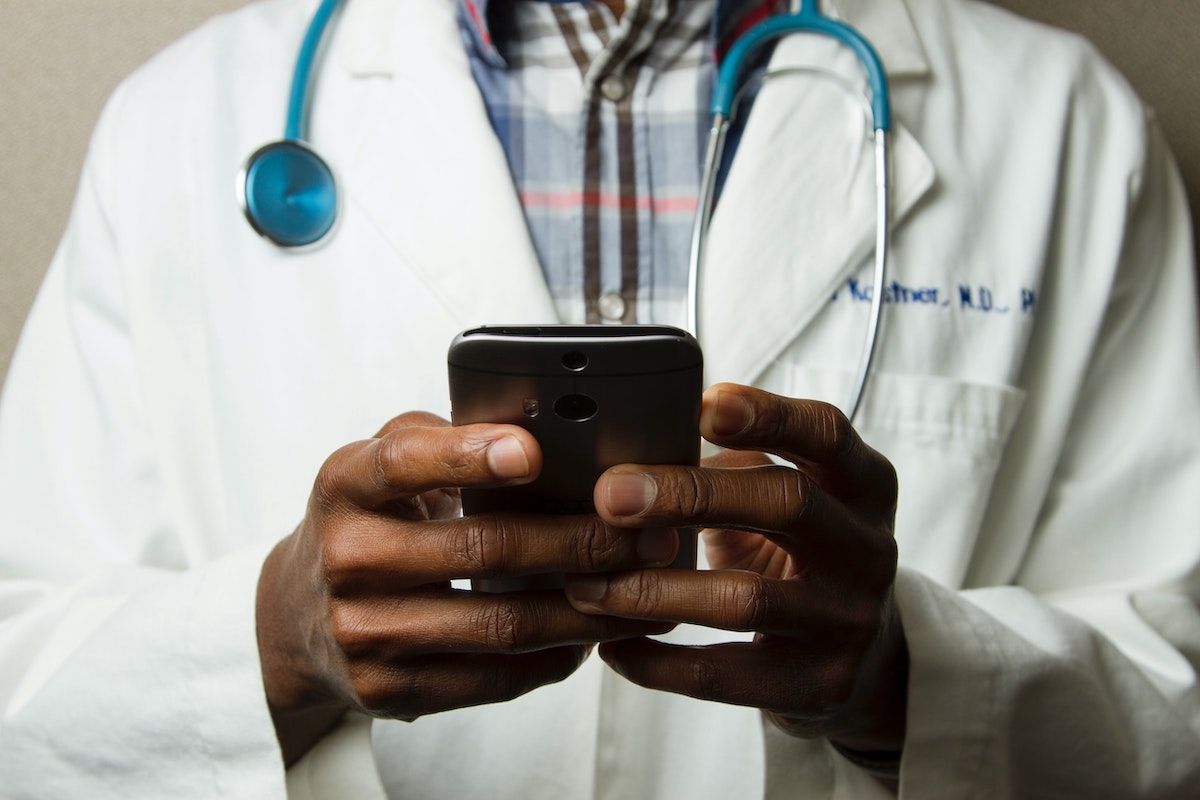 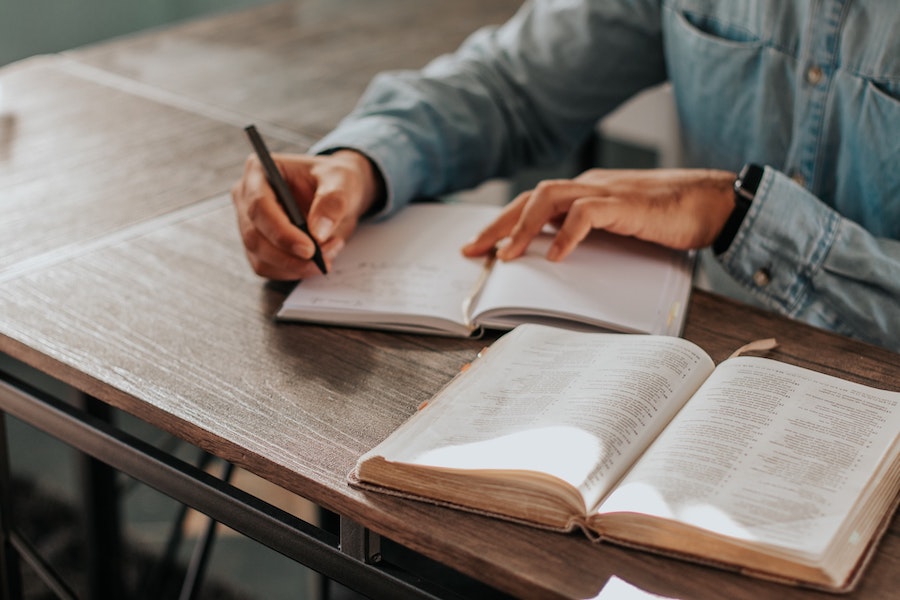